Greetings! I’m Jeff Johnson and I started IPBan all the way back in 2012 when I realized my Windows Server 2008 was getting many failed login attempts every minute.

I had a cryptic user name and strong password. I wasn’t worried about botnets and hackers breaching my computer by guessing my login and password. I was far more troubled by the task manager, showing 20% cpu usage by some internal Windows processes. I also did not know if there were vulnerabilities in Windows Remote Desktop that a botnet or hacker could exploit.

A bit of searching and learning and I realized that the CPU usage was mainly due to the resources and CPU time spent processing the failed logins. From this point on I began working on IPBan, the easiest and best way to block out botnets and hackers on Windows and Linux. I wanted these attacks blocked by the firewall ASAP.

IPBan was born a month later and I have continuously improved it and tested it for nearly a decade. You won’t find a more robust and performant ip address blocking solution. Many thousands of happy users around the world use IPBan to secure their Windows and Linux computers.

The free version of IPBan has done a great job at securing computers and greatly reducing attacks, however it is estimated that there are millions of botnet computers in the world, maybe more. This represents a significant threat to any computer exposed to the Internet. I still see dozens of failed login attempts every hour on my servers even with IPBan. This is so much better than having the dozens per minute I had before IPBan, but still it could be better.

Remember this scene from Dr. Strange in 2016? It is my inspiration for IPBan Pro. I want to protect every computer from attack.

I want IPBan Pro to be so easy to use and so powerful, that everyone uses it and botnets and hackers give up trying to brute force their way into computers and change their lives and make software that actually makes Earth better.

Please visit the IPBan Pro store to learn more about what products are available.

Thanks for your support! 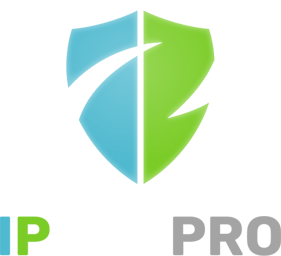 Stay up to date with the latest news, releases and more.

Before you go, we just wanted to offer you a 25% discount. You can use 2022_banpro25 at checkout to get the discount.

If price is an issue, contact us at [email protected] and I'm sure we can work something out. We also do reseller programs.